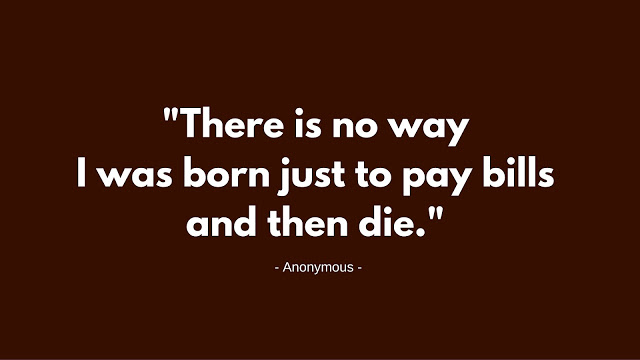 I wasn’t born just to pay bills and then die

Yesterday I had the opportunity to talk about my entrepreneurial journey to the management team of Lundia, a Finnish design furniture company. Lundia was one of my first customers as an entrepreneur. For a couple of years way back, we helped them to build a team to kick of the “new Lundia”. So I’ve had good relations with the people in there and I am very proud of their accomplishments over the past few years. They’ve worked very hard to build a new Lundia after it (before this team) was nearly killed. Which would have been a terrible thing to Finnish design.

I wanted to share few notes about my talk yesterday, should they inspire you as well in your trials and tribulations.

I quite like quotes, and I built this talk on a few quotes that have inspired me. This first one, “there is no way I was born just to pay bills and then die” is one of my favorites. Ever since I was little, I have been a rather sassy and go get things done -type of person. I used to be very shy, but that didn’t stop me in my enterprises. I was very active in all sorts of creative hobbies in which I was able to self actualize: I did a lot of knitting and sewing, I painted and drew, I acted in various formations (also puppet theater), sang in a choir and for a short while, played also violin. So I always had a passion of expressing myself in creative ways and this has never stopped. During my career I have never been very good at anything requiring me to focus on one thing for a very long time (like few hours or more), or to follow other people’s paths. I such at any routine. Routine makes me tiresome. Some routines you just gotta do, but it’s not in me to repeat anything.

But I love to develop, create and innovate. And I’m bloody good at that too.

So, and this is going to be a little bit embarrassing, but when I was about 13 I was so sure I was going to end up a famous actress in Hollywood. So I always aimed high and almighty. I always knew I wasn’t put to earth just to pay my bills and then die. And even though quite clearly I will never be a famous actress in Hollywood, I still have a very strong intuition that I will make a difference in this world, and then die (eventually). And that gives me a sense of security which has helped me through a lot of troubling times as an entrepreneur. 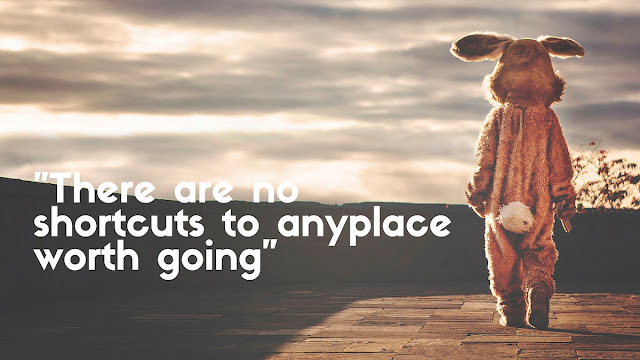 It’s the purpose that drives me

I didn’t become an entrepreneur with the aim of getting rich. If I will one day, it’s a bonus, and well deserved. Had that been my only goal, I would have stayed in my previous job. Not that I would have gotten rich in it, but I would have spent the past 6 years in a very much better financial position than I have as an entrepreneur. And that is a great advice for all budding entrepreneurs: if your only goal is to get rich, don’t bother here. This will kill you.

So it’s the world famous purpose that drives me every day. And my gratification comes from many sources:

Which takes me to Thomas Edison’s famous quote: 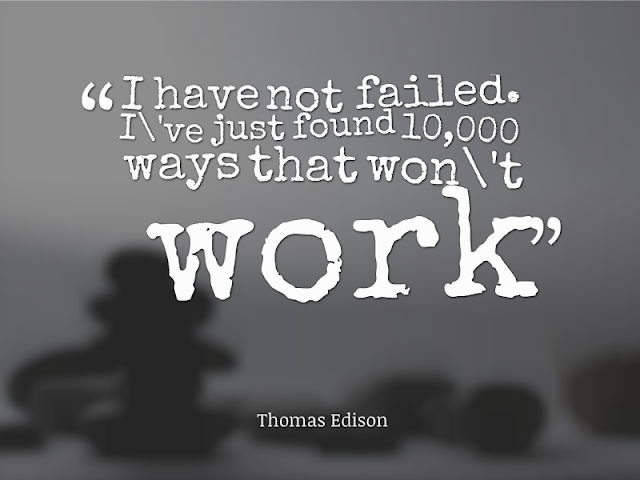 One of the things I greatly admire, encourage and live by is the startup mindset on trying and failing. Especially us Finns have a terrible attitude about making mistakes. Literally you are the lowest of the lowest if you end up failing.

Here in the startup world we like to think failure is a necessity in your path to find the solution. If you never try, you will not learn, you will not conquer anything. You might as well stop existing. On my journey to this date I have tried and tried and failed over and over again. I have cried, I have been angry with myself, embarrassed, sometimes also humiliated with a strong urge to bury my head in the sand. But I have never thought about quitting. Eventually I’ve gotten back up, dusted my knees (as we express this in Finnish) and carried on. And it was so hard before. But it gets easier. I promise.

So make a habit of just taking the scary step. What’s the worst thing that can happen? As long as nobody dies, you’ll be ok.

The many times we’ve nearly seen the very bottom of the pocket (i.e have almost run out of funds many times at my first company), I have entertained (figuratively speaking) myself with the thought of being a failure and betraying my team and investors. Everytime I’ve dotted down what we have accomplished to that date, and when I’ve looked at the list, it hasn’t really looked like a lot of failures to me. And in addition to those accomplishments, I have also learned more than you can ever learn at school or working for someone else. It’s worth to fail! It’s a valuable accomplishment! Although I’d not like this boutique to close down, that’s not my goal at all. Being in the early years of your entrepreneurship, remember that it’s only rare and few who have no worries at all. Most of us have almost nothing but worries. We just learn to turn the flop side up and take enjoyment out of that. Otherwise you go bezerk. 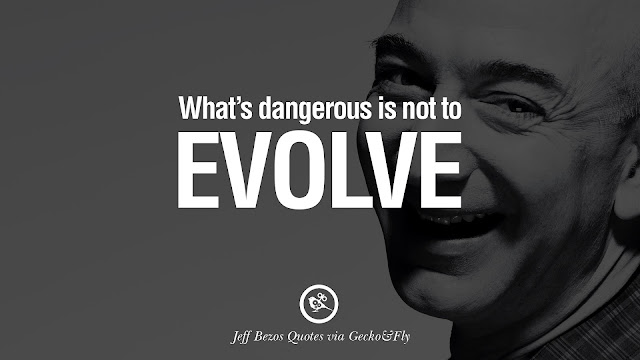 Thank god for the biggest global change in my lifetime! The digitalization! Wohoo!

I just went to see the Disney/Pixar animation The Good Dinosaur with my family. My kid has a major dinosaur-thing going on. In the beginning of the movie (I’ll just reveal this one bit) you can see a huge asteroid approaching the planet, as we all know, that’s what evaporated the dinosaurs all together. Expect not this time. They just watched it go by.

This change in the world. It feels the same thing to me. It’s like an asteroid gunfire shooting at our direction from left and right. The entire world is changing. And it’s very painful. But if you are not willing to evolve, you’ll go into extinct. And what’s great about it is that no one, no one knows what’s it like next year. So it could be anything!

A couple of years ago we had a strategy made for my first company Heebo by another company. One big revelation I got from this work was that you can think about your mission and vision (and I sure as hell think those are key), and you can even assume a strategy for a 5 year period or longer. But what you should not try to do is make any accurate plans for more than the current year (unless your quarter is 25 years) because then you’ll focus on something where you will not be unless you do the job set for this year. It’s such a reveal to be able to concentrate on here and now. So even if I have made plans and set the direction, everything beyond this first half of the year is just a questimate. And the further you look, the more it’s based on just a whim.

The endless battle with myself about my leadership capabilities 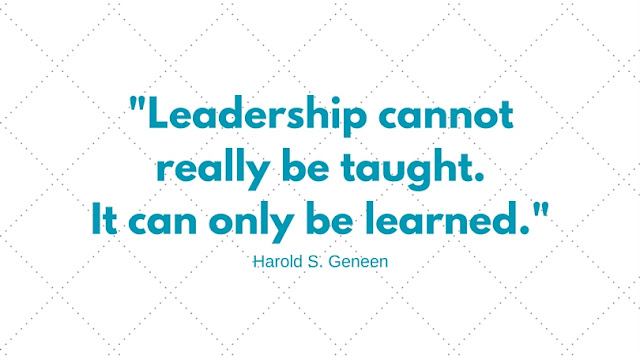 This is my biggest on going battle: how to be a great leader for my teams. We are all individuals with minds and needs and limitations of our own. And putting those together does simply not always work. In fact, it’s a miracle if it does without an effort.

That’s why I so heavily emphasize the culture fit, try not to make any exceptions to the rule, evaluate and track performance, and be upfront, honest and straight forward.

I’ve accepted my limitations, and do my best to meet others half way. I stare at my face on the mirror every day and reflect my behavior and actions, my attitude and my weaknesses. In the attempt to be a better leader. Am I good at this? No, I don’t think so. But I’m motivated to be better every day because of the people who have chosen to work for me, with me and in order to make my dreams come true.

Here’s a clip from our conversation with storytelling entrepreneur Susanna Rantanen in which we discuss employer branding and employer awareness. Watch the full video on our FaceBook page! 🙂
@RantanenSusanna

Notice how you reach out to your 📲 during idle moments? What a huge opportunity for all marketing! I want to connect it to #employerbranding. Check out this new episode on #BuildingAModernEmployerBrand #podcast ⏱ 15:19 👉🏻 https://buff.ly/3oWclVu #micromoments

DREAM about your #employerbrand being truly attractive? Then simply stop acting like the hero! Your talent audience is looking to follow someone who can help THEM to become a hero 🔗 https://buff.ly/3hlwqCg ⏱ 17:51 min #employerbranding @rantanensusanna @emineland #storytelling